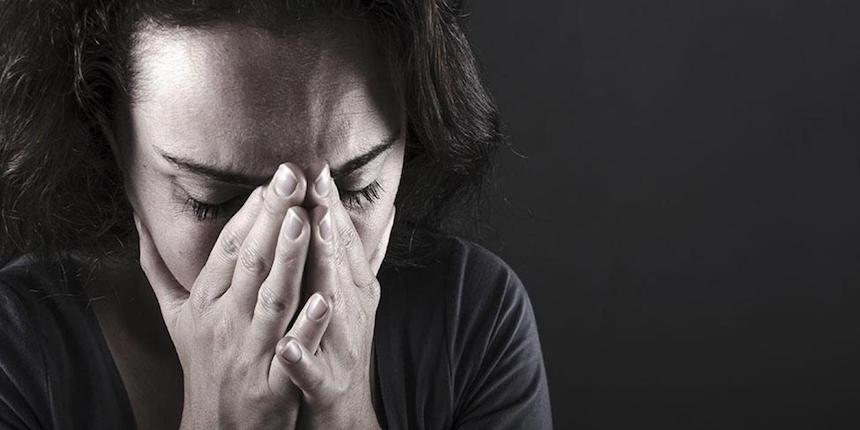 Suicide is a major public health concern. Over 40,000 people nationwide die by suicide each year. Suicide was the second leading cause of death in 2015 for young adults aged 18 to 26. Knowing who is at risk for suicide may help reduce the suicide rate.

Scientists have been testing several approaches to try to predict suicide risk. A research team led by Dr. Marcel Just at Carnegie Mellon University and Dr. David Brent at the University of Pittsburgh used fMRI to look for signatures of brain activity among young adults with suicidal thoughts. They focused on the networks of activity that represent concepts and the emotions they evoke. Their study was funded by NIH’s National Institute of Mental Health (NIMH). It appeared online in Nature Human Behaviour on October 30, 2017.

The team recruited 38 young adults with current suicidal thoughts and 41 healthy controls with no history of a psychiatric disorder or suicide attempt. While in an fMRI scanner, the participants were shown 30 words for 3 seconds each related to suicide (e.g., “death,” funeral,” hopeless”), positive ideas (“bliss,” “carefree,” “comfort”), and negative ideas (“boredom, “gloom,” “worried”).

The scientists used data from 33 participants to train a machine-learning system to spot differences in networks of brain activity. They then tested it on brain images from 34 participants. The system correctly identified 15 of 17 suicidal people and 16 of 17 controls—an accuracy of 91%. The strongest differences between the groups, in order, were for the words “death”, “carefree,” “good,” “cruelty,” “praise,” and “trouble.” Within the group of 17 people with suicidal thoughts, the system was also able to distinguish the 9 who had previously made a suicide attempt from the 8 who hadn’t with an accuracy of 94% (16 out of 17). Discriminating regions were spread across several areas of the brain.

The researchers also tested the approach on brain images from 21 people with suicidal thoughts who had lower quality scan data. The system could still distinguish these suicidal people from control participants with 87% accuracy.

Previous studies have identified signatures of brain activity with different emotions. The researchers found that the neural signatures of the emotions sadness, shame, anger, and pride differed between people with suicidal thoughts and healthy controls for the six discriminating words. Among the 34 participants, a machine-learning system could distinguish between the groups based on emotional signatures with an accuracy of 85%.

“People with suicidal thoughts experience different emotions when they think about some of the test concepts,” Just explains. “For example, the concept of ‘death’ evoked more shame and more sadness in the group that thought about suicide. This extra bit of understanding may suggest an avenue to treatment that attempts to change the emotional response to certain concepts.”

“Further testing of this approach in a larger sample will determine its generalizability and its ability to predict future suicidal behavior, and could give clinicians in the future a way to identify, monitor, and perhaps intervene with the altered and often distorted thinking that so often characterizes seriously suicidal individuals,” Brent says.

The researchers are also investigating other methods that correlate with the fMRI signatures but may be easier to implement in clinical settings.

NIH Awards to Test Ways to Store, Access, Share, and Compute on Biomedical Data in the Cloud

0
donetmsiteserversecuusda November 7, 2017
No Comments Yet