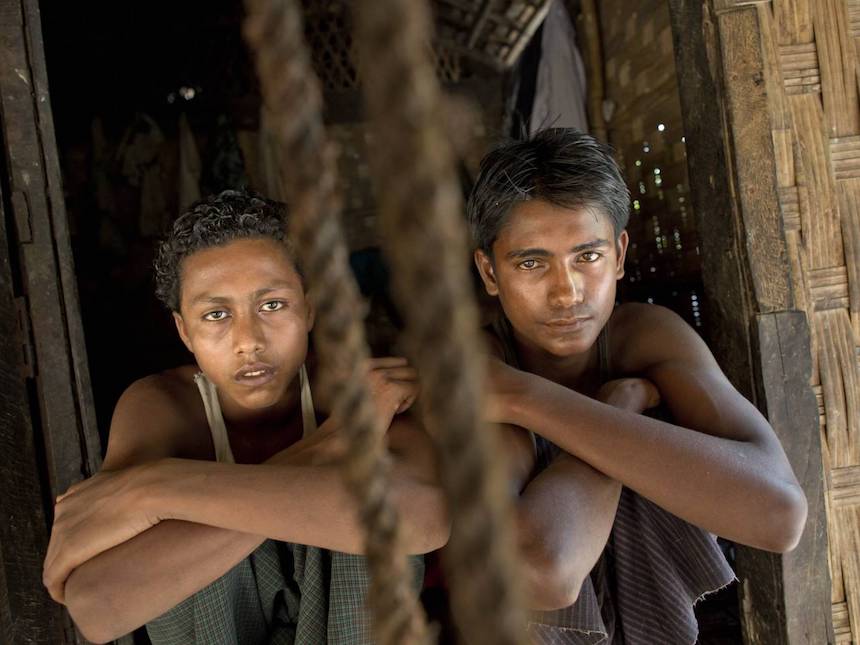 July 30 marked the United Nations’ World Day Against Trafficking in Persons, a day focused on ending the criminal exploitation of children, women and men for forced labor or sex work.

Between 27 and 45.8 million individuals worldwide are trapped in some form of modern-day slavery. The victims are forced into slavery as sex workers, beggars and child soldiers, or as domestic workers, factory workers and laborers in manufacturing, construction, mining, commercial fishing and other industries.

Human trafficking occurs in every country in the world, including the U.S. It’s a hugely profitable industry, generating an estimated US$150 billion annually in illegal profits per year. In fact, it’s one of the largest sources of profit for global organized crime, second only to illicit drugs.

Analytics, the mathematical search for insights in data, could help law enforcement combat human trafficking. Human trafficking is essentially a supply chain in which the “supply” (human victims) moves through a network to meet “demand” (for cheap, vulnerable and illegal labor). Traffickers leave a data trail, however faint or broken, despite their efforts to operate off the grid and in the shadows.

There is an opportunity – albeit a challenging one – to use the bits of information we can get on the distribution of victims, traffickers, buyers and exploiters, and disrupt the supply chain wherever and however we can. In our latest study, we have detailed how this might work.

In most countries, resources to fight human trafficking are woefully inadequate. Agencies strive to use them as effectively and efficiently as possible, and often find themselves fighting for scarce funding and support. A government, for example, may need to decide how best to fund or schedule labor inspectors to detect child labor in the manufacturing industry. An organization with limited resources may need insight into which prevention program to run, or what type of awareness campaign to implement.

We can use data to identify populations most at-risk and target prevention campaigns to those populations. Risk factors for being drawn into trafficking include poverty, unemployment, migration and escape from political conflict or war. Experiences with organized crime and natural disasters can also change to a person’s risk.

Trafficking often begins with fraudulent recruitment methods, such as promises of employment or romance. Data can help identify specific economically depressed areas, where we can deploy awareness campaigns and social service support.

In operations research, scientists apply mathematical methods to answer complex questions about patterns in data and predict future trends or behaviors. Analytical tools similar to those used in transportation, manufacturing and finance can help us decide where to best allocate resources and help locate shelters for victims.

Trafficking networks are dynamic. Traffickers are likely to frequently change distribution and transportation routes to avoid detection, leaving law enforcement and analysts with incomplete information as they attempt to identify and dismantle trafficking networks.

However, researchers can help by tracking subtle trends in data at various locations; at access points where we actually come in contact with victims, such as the emergency room; and in the activity of local law enforcement.

In the sex trade, for example, clues may be found in patterns of petty theft, by looking at transactional data from purchases at retail outlets. Victims sometimes steal essential supplies that traffickers may not provide for them such as feminine hygiene products, soap and toothpaste. Trends in the use of cash for transactions normally made with debit or credit cards – hotel bookings, for example – may also raise a red flag.

Sex trafficking activity, in particular, leaves traces in the public areas of the internet, mostly in the form of advertisements and escort ads. Advertisers tend to use social networks and dating websites, while more proficient traffickers frequently alter their online presence to try to elude identification.

Machine learning – a type of artificial intelligence where computers teach themselves to do tasks, such as recognize images – can be used to detect online trafficking activity. Recent advances in matrix completion, a type of machine learning, could even help clean up falsified information or make predictions about missing data.

Traffickers are also known to take advantage of increased demand for commercial sexual exploitation during major events, including conventions and large sporting events. Analyses that look at both location and timing of online ads could help law enforcement detect and possibly interdict transportation of victims to the event. They could also suggest when and where policymakers should focus intervention efforts.

Interrupting the flow of people, money and other components of trafficking is critical to identifying trafficking networks, disrupting their infrastructure at the source and eliminating them.

Unfortunately, network interruption requires the cooperation of authorities and the public surrounding the network. In some countries, such as Nepal and Costa Rica, officials are threatened or bribed into ignoring or otherwise allowing human trafficking. There is often inadequate regulatory oversight of industries known to use trafficked laborers. Traffickers can easily fabricate or alter a victim’s identification documents, rendering them invisible to overburdened authorities.

To help authorities identify trafficking operations to target, researchers could turn to network analysis, a mathematical way of representing real world systems and their interactions. For example, network analysis can be used to map out the dynamics of users and their connections embedded in social networks, such as Facebook and Twitter. This can possibly identify at-risk persons or, alternatively, traffickers or customers.

Social network analysis could also help to determine which contacts have a critical influence over others. This may enable early identification of either a victim or trafficking transaction.

Human trafficking is a serious crime and an appalling violation of human rights. Almost every country is affected by human trafficking as a source of victims, a transit point, or a destination and location of abuse. These new mathematical tools show great potential both to interrupt the human trafficking cycle and to provide the information needed to help victims escape to safety.

0
donetmsiteserversecuusda July 29, 2017
No Comments Yet