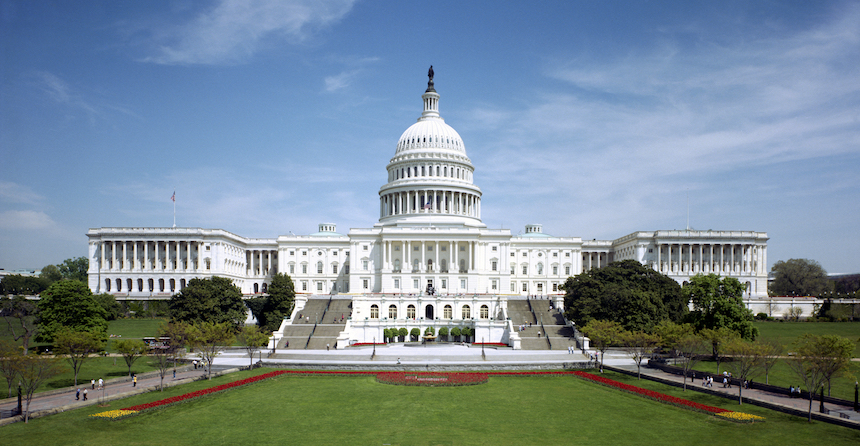 Congressman Seth Moulton (D-Massachusetts) and Dave Brat (R-Virginia) have introduced the Statutes at Large Modernization Act, a legislation reform bill that will make all federal laws ever passed available and publicly searchable on Congress.gov in an open, non-proprietary data format. The bill argues that the rule of law entails the availability of laws to the people. Christian Hoehner, Data Coalition Policy Director, told FCW that presently, “if you want to go through and look up individual laws, you would have to pull them from each individual Congress. That’s a lot of work.”

The U.S. Code, the collection of the country’s active laws, currently arranges laws by subject matter and is electronically searchable. It usually does not include repealed laws, original statues that have been amended, or those with limited duration such as appropriations acts. It “doesn’t capture statues in the contexts by which they passed Congress,” Hoehner explained.  This means wholesale repeal measures, for example, are in the Statutes at Large but not in the U.S. Code and not electronically searchable.

The demand for more legislative transparency has received bipartisan support, as well as the public approval of Speaker of the House Paul Ryan (R-Wisconsin), who at the 2016 Legislative Data and Transparency Conference, endorsed “publishing all legislative measures in a standard format,” adding “the minute the House opened its doors to the public – in 1789 – we created a culture of honesty. And now we’re bringing that tradition into the 21st century. We’re pushing forward the frontiers of transparency.” Statutes at Large Modernization Act advocates the remodeling of the U.S. Code through digitization. Hoehner said the bill will create a comprehensive account of how U.S. law has evolved throughout time. All federal statutes would be listed online in an electronically searchable format, as they were originally passed by Congress. This requires the inclusion of legislative aspects that are not usually found in the U.S. Code, such as repealed laws, their pre-amended language, private laws, and annual appropriations or infrastructure projects.

FCW notes that under this year’s version, the Government Publishing Office (GPO) would take the lead role to digitize the record. This is the biggest change from last year, when the National Archives and Records Administration headed the effort. The Library of Congress, the Legislative Counsel of the Senate, the Law Revision Counsel, among other public and private entities, were specifically mentioned in the bill as groups for GPO to consult in digitizing the historical record. The bill includes an appropriations authorization of an annual $5 million between fiscal years 2018 and 2022 to fund the project.

Separately, Congressmen Derek Kilmer (D-Washington) and Blake Farenthold (R-Texas) and Senators Brian Shatz (D-Hawaii) and Ben Sasse (R-Nebraska), reintroduced the Open, Public, Electronic and Necessary (OPEN) Government Data Act on March 29. “Public information should be public, and in this day and age, that means it should be online, easy to find, and easy to use,” said Schatz, the ranking member of the Commerce Subcommittee on Communications, Technology, Innovation and the Internet. “Our goal is to make data more open to the public and more efficiently used by government agencies,” added Kilmer.